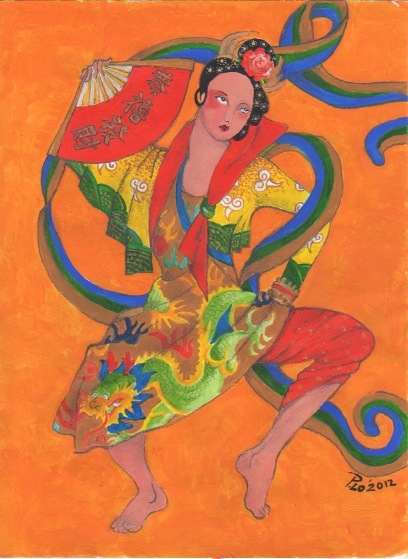 This Dragon Year is a © creation of Po Ping Design

Happy New Year and Gong Hei Fat Choi-ah! This beautiful illustration of the Year of the Dragon is by my friend Po Ping in Hong Kong and is the third in a series(see Year of the Tiger and also Year of the Rabbit). 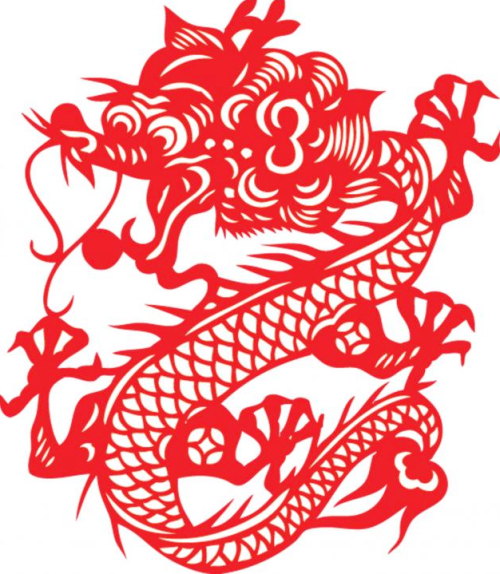 The Year of the Dragon is a powerful and auspicious one. Check out some horoscope advice at this link for 2012.  Yet it doesn’t come without the hint of danger…dragons breathe fire, after all. How can you harness the qi energy of the dragon in 2012? Begin by surrounding yourself with images of dragons.  Keep one on your desk or at your place of work where you can glance at it from time to time and visualize yourself being protected by the dragon/ becoming a powerful being like the dragon—in other words, envision yourself as a successful creature. That’s a mighty meditation and all you have to do is close your eyes and use your imagination. Have you ever heard of a dragon with low self esteem?

In ancient times in China, only the Emperor was allowed to use the dragon symbol. Gorgeous silk robes like the one shown here had imperial dragons embroidered on them to indicate rank. You’d be killed if you were caught wearing the dragon! Unless of course you were the Emperor. 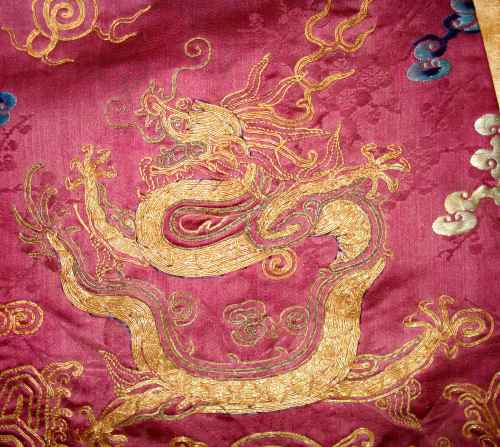 Today anyone can take advantage of the dragon’s power. The dragon puppet we have below is a soft plush toy but he’s still scary enough to illicit barks from one of our dogs when she gets too close to him. He’s also a GREAT feng shui activator of the Creativity & Future Projects area of the bagua. Why? Because that sector is associated with Children and what better symbol than a toy puppet that also happens to be the symbol for the year? 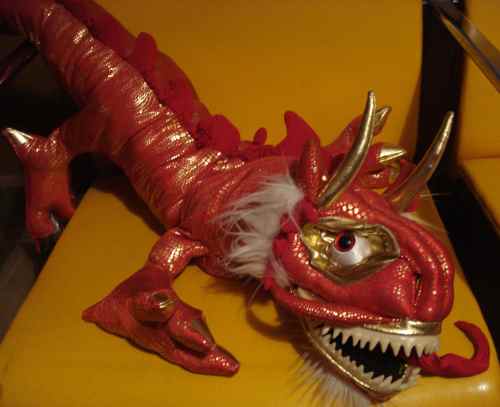 The dragon’s breath purges all the stuff we no longer need. This is a year that will go easier on those that embrace change and discard anything in life that doesn’t serve the highest good. Follow your inner dragon to scale new heights! Happy New Year to all of my friends around the world.