From time to time Feng Shui By Fishgirl gets behind worthy causes and lets you readers know about them. It’s good for your feng shui to contribute support to charities, causes, and to do good deeds. My friends Joe Gantz and his wife author Corine Gantz introduced me to my life partner. Now THAT was a good deed, indeed! So I want to tell you about Joe’s latest project and how you can  help.
AMERICAN WINTER is a documentary feature film that shines a light on the dramatic personal stories behind the country’s worst economic crisis since the Great Depression. Produced and directed by Joe & Harry Gantz (creators of HBO’s Taxicab Confessions & executive producers of the CBS series The Defenders), AMERICAN WINTER is a powerful documentary film about families struggling to keep their heads above water right here and right now. To make this film, they partnered with the nonprofit organization 211info in Portland and were given full access to monitor and record calls from distressed families calling 211’s emergency hotline in search of help. 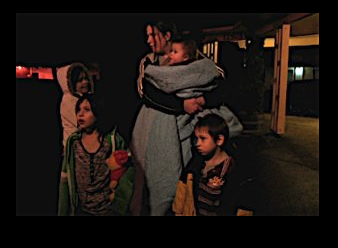 Then the filmmakers began following the stories of some of these callers in more depth over several months. The film follows several families as they struggle to get by while facing overwhelming challenges and dwindling resources available to help them, creating a powerful firsthand view of Americans caught in today’s financial undertow. The goal is to complete American Winter and release it before the 2012 American elections so that both the public and legislators making choices about who will be taxed more or less, and whose services should be cut or preserved, can take into consideration the overwhelming challenges facing so many families today.
Wanna help get this film off the ground? The filmmakers are in the process of finishing the film but some funding is still needed. Check out indiegogo crowdsourcing to donate whatever you can to the American Winter film project.