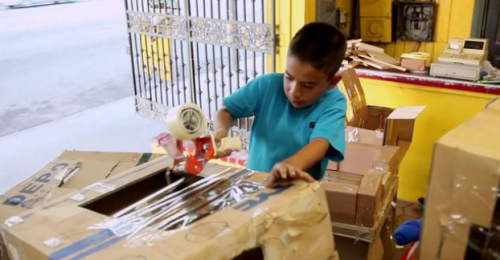 Caine Monroy is an engineer, designer, creative genius, positive role model, optimist, visionary, dreamer and hardworking entrepreneur. Caine Monroy is also 9 years old. He is the inventor of Caine’s Arcade in East LA. Thanks to the short film about Caine made by Nirvan Mullick we can all share a smile and become inspired by Caine’s story. I don’t want to spoil it for you. Just go to this link to watch the 9 minute film.  This kid is well on his way to being the next Steve Jobs or Leonardo da Vinci. Feng Shui By Fishgirl suggests you also make a donation—even $1 is okay— to Caine’s scholarship fund to give your own feng shui a boost! This is one charitable donation that you can actually feel you you are making a difference in someone’s life directly. 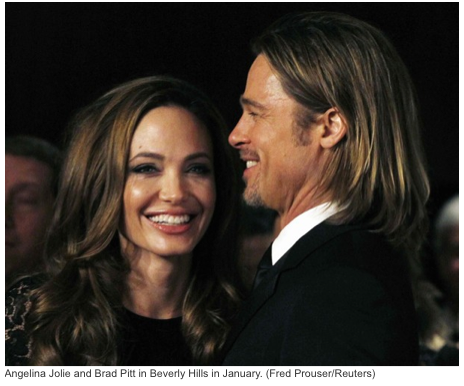 It’s difficult to make any comment on the engagement of Brad Pitt and Angelina Jolie without sounding cliche. The only thing appropriate is this: Congratulations! It’s being reported in the media and confirmed by their publicity team that the couple have officially decided to “put a ring on it” after seven years of being together unmarried. I have always felt a special affinity for them because I fell in love with my guy the same year they fell in love, live together unmarried, and travel a lot together with kids in tow –although our kids are 2 dogs.  (Other similarities: my guy is a sexy original individualist Aquarian like Brad and I am an intelligent talented goddess like Angelina–what can I say? It helps.) The Hollywood power couple have gone on record as saying that they would not get married unless and until all  people have that right. They’ve also admitted that their 6 precocious and adorable children have been putting pressure on them to get married. While a date for a wedding has not been announced by the Pitt-Jolie family, getting engaged and telling the world of your intentions is a powerful action to deepening your love and commitment to each other. It’s also a wonderfully romantic thing to do in this age of cynicism and multiple divorce. Feng Shui By Fishgirl wishes this very public couple the best of luck and continuing success with raising their children, juggling amazing careers, and all of their philanthropy.